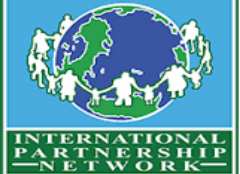 For the third time round, PSP is ecstatic to have been selected as the winner of the Global Best Award for the Category “Science, Technology, Engineering and Math” in the Africa Region!

This award was announced in recognition of PSP’s further extension work on the Joint Mentorship Project (JMP). PSP successfully implemented the JMP into the Eastern Cape in March 2016, which impacts 10 disadvantaged and rural schools in the King William’s Town District.

Zorina has been invited to present this work at the International Education Partnership Conference in Oslo, Norway, in September 2016. The overall winners in each category across all six regions (Africa, Asia, Australia/Oceania, Europe, North America and South America) will be announced at the conference in Oslo through the Global Best Award ceremony.

The PSP is very proud of Zorina and the JMP Facilitators for their excellent work!

Support our award winning work by making a contribution via our ”DONATE NOW” button!

Together we can improve the quality of education in South Africa!

“The whole course was fruitful, enjoyable and giving knowledge about things that I didn’t understand as a teacher.”

“The facilitators understands the subject and their passion for it makes it easier for teachers to grasp the core knowledge of the subject.”

”The workshop was very insightful. The practicals we did are realistic and at the level of the learners. ”

“Every activity was useful and fits perfectly with the CAPS curriculum. ”